Compare the Google result with WolframAlpha. Since we search all the time it's convenient to have this feature inside of Google. But we've had WolframAlpha for while. So it's good to have choices. Right? Well, most of the time. With vulnerable math students using the same graphing software can be a plus. Think of it as a bicycle with training wheels. Once the training is successfully over switching bicycles can indeed be fun. But most math students have struggled with staying on the bicycle even with training wheels moving from one software app to another until they collide head on with their fragile knowledge of math and give up. (Refer to my "Ok, if you say so." story in Mathematical Encounters.)

The Goal of the Noon Day Project is to have students measure the circumference of the earth using a method that was first used by Eratosthenes over 2000 years ago. Students at various sites around the world will measure shadows cast by a meter stick and compare their results. From this data students will be able to calculate the circumference of the earth.
Follow me on Twitter (Hashtag #noondaymeasure) as I recreate the experiment that Eratosthenes did. I hope to do my measurements on September 22 weather permitting.
There is some good background material on the measurement at the Noon Day project site hosted by the CIESE (Center for Innovation in Engineering & Science Education) - Stevens Institute of Technology in Hoboken, NJ.

Brother, can you spare a quarter (or something like that?) 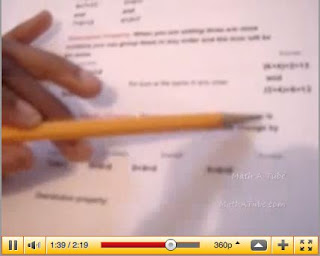 Those #?%& Supermarkets: They're Out to Catch You

Nothing like the word Free to make you take notice at a supermarket. But of course there is always a catch since I have to buy at least one 16 oz. package for $3.99. So what I'm really paying for my free box of strawberries is $2.00! Now if I'm in the market for more than one package I might consider paying $2.00 per package. But since for me they go bad pretty quickly and I'll never finish the second box before it does goes bad, that really means I'm paying $3.99 for the box I actually eat! Wouldn't it be just plain old easier and more honest to leave the word "free" out if the sign read:

Get your students to find examples of this and to write the manager of a store that pulls this nonsense and see how the company tries to justify this deception.
at August 14, 2011 1 comment:

Why the Chelsea Spike in the early 1990s?

In the early days of summer nature has a way of entertaining us with magical views of flowers in full bloom. A kind of neat phenomena that makes everyone who is not too busy take notice. A camera can capture such a scene in its full glory. Mathematical photos such as graphs can also reveal some interesting neat phenomena that can bring about similar rewards. At least it did for me when Kelvin Misco of Wolfram Research at their booth at the NCTM conference in April showed me what happens when you type the name Chelsea at the Wolfram Alpha website. You can do additional baby name investigations at this cool website. Type a name and see what happens. Students really like this one and will explore it in interesting ways without much help. I'm curious if any math teachers have used this. If you try it with kids let me know how it went.

Talk about our country slip-sliding into global economic oblivion. Here's one that could set  education back to 1984 and Big Brother. I'd love to see how this formula correlates with human judgement of teacher skills. Watson beat the best jeopardy players, but would you spring him on your kids without human intervention? 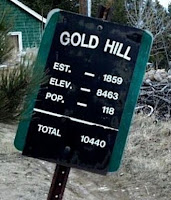 Wrap your brain around this one. Makes perfect sense. Doesn't it? I just checked on my calculator and the total is right. Even in Gold Hill over a 150 years ago they would have gotten an "A" for addition. But making sense out of things wasn't one of their strong points.
This sign - well actually one similar to this - gave me an idea for what I (or you) can do with this.

In case you missed it, the title of my presentation at ISTE was Math 2.0: Scenes from the Dynamic Math Classroom. (My soon to be revised agenda page's link is here.) Besides promoting my vision of Math 2.0 and sharing some scenarios from potential dynamic classrooms, my personal goal for the session was to kick off my plan to write a "dynamic book" that is tentatively titled the same as my presentation "Math 2.0: Scenes from a Dynamic Classroom". It will include the five activities (stories) I mentioned in my talk:

The first story I'm putting together is the Eratosthenes measurement activity/project which BTW is considered one of the greatest achievements of all time. (If you missed the video of Carl Sagan telling the Eratosthenes story before my session started you can see it at the Noon Day project** page here.)
I will be chronicling my adventures in writing this book in this blog. If you would like to be informed when I've updated this blog, please let me know by sending me an email: ihor@dmcpress.org
Also if you would like to be on my emailing list please sign in at the agenda page for my session.

*See what Dan Meyer did at a grocery store that led to a great problem solving scenario. Link
**You can sign up your students for the Fall Noon Day project starting on September 1st. Let me know if you are interested and I can help you with more details.
at July 01, 2011 No comments:

I read this article "Smart phones foster dumb habits among pedestrians" today and realized that students could do a similar investigation to the the author of this article did.


"One too many times stepping around a shuffling pedestrian immersed in e-mail led me to conduct a social experiment. I decided to count the number of people I saw distracted by their electronic devices during my 25-minute morning walk to work from New York's Grand Central Terminal to the far west side." -David Bauder

It doesn't have to be exactly the same thing if your location doesn't lend itself to observing people on cell phones. But I think you get the idea of what I'm after: kids doing research/data collecting in order to answer a question that interests them.

Here's another example that might not be as interesting to kids, but is on the right track:
Brian Lehrer a PBS host of a call-in radio show started (according to him) an informal, unofficial, thoroughly unscientific crowd sourcing experiment to determine the price of milk in NYC. The blurb for the radio/pod broadcast segment was:

"Our next "crowdsourcing" project sets out to look at how the prices of a pre-determined basket of goods differ throughout the New York area. We plan to ask listeners to investigate the prices in their local stores, or stores in any other neighborhood, to get a snapshot of prices. We're still trying to select the three goods, and we're inviting listeners to collaborate with us at this early stage. What are the most representative products? Milk, eggs, flour, breakfast cereal? Let us know on the air and in the comments section."

I've been a long time fan & practitioner of trying to find interesting things from the media to motivate my math lessons and sometimes I'm even successful.

It can be a perfect vehicle for the "do now" panacea that Everyday Math and other current textbooks have popularized and taken to new level by Dan Meyer and company which you can follow at the hashtag #wcydwt on Twitter.
at March 05, 2011 No comments:

The iTunes count up to 10 billion downloads counter quits early

I was disappointed to discover that the count up counter for iTunes quit early. So one can only guess when exactly the 10 billionth download occurred. Watch the 24 second clip to see what happened.
I did my last estimated guess for when the counter would reach its goal just before I went to bed at 2:30am. Since ETA was 5:30am and I wasn't willing to stay up or get up early to watch it live, I sort of TiVoed it using a screen capture video app.


Untitled from ihor charischak on Vimeo.

Why did it quit early? Was the count up counter not really accurate? Or was it just simply human error? I wonder if Milo's grandson who works for iTunes can find out for us.

Also, I'll have a detailed description of my effort in predicting this outcome posted soon.
at January 22, 2011 1 comment:

The number of iTunes downloads continue to grow. Watch it live by clicking here.

Can you predict when this counter will hit 10 billion?

Have your students figure it out and post their predictions (below) before the end of school on Friday. We'll acknowledge the student(s) who comes closest.