Was Belicheck's math right when he said: "I thought it was our best chance to win." 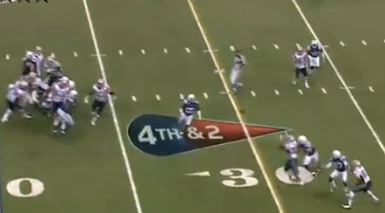 Was Bellichick's math right when he said "it was our best chance to win." I agree with him. Kick or pass: Which was a higher probability? Anyone want to offer an analysis?

Probability of Patriots getting a first down on 4th and 2? I say 90%. It's only a guess but given the Patriots football prowess along with the element of surprise, I say they would have made it on average 9 out of every 10 times they tried it. On the other hand, punting to the Manning machine is a shaky 50-50 proposition at best. Also, what are the chances the receiver would bobble the ball? Video of play.